How Princesses Helped Me Connect with My Special Needs Princess Daughter

This is a guest post in a series of posts from Special Needs parents by Kathy Radigan about her special needs princess.

I’m a “girly girl” that was born to a mother and a family that never really appreciated nor indulged my passion for all things pink, sparkly, and shiny.

Both my parents had the crazy idea that my sisters and I should grow up feeling that we were more than just pretty objects to be taken care of and admired. We were raised to believe we could be anything we wanted to be. The problem was that one of the things I wanted to be was a princess.

My mother dressed us for days of exploring and getting dirty. The dresses we did own tended to be simple, with more thought to comfort than show. I longed for the pink, ruffled dresses my cousins and friends wore.

We had our share of dolls, but there were never enough for me. We also had fishing poles, microscopes, art supplies, and other play options that were not the norm for girls in the late sixties and seventies.

Careers were discussed often with the idea that we would start a life on our own before getting married and having a family. Choices my mother felt were not readily available to her as a woman born in the 40s.

I had dreams of a career on the stage and living in a New York City apartment on my own. But I also dreamt of being a mother and having a little girl who loved pink bows, frilly dresses, tutus, and princesses as much as I did.

As I got older and the possibility of children became more of a reality, I’d think of the type of mother I would be and vowed to let my daughter be the person she wanted to be. Even if that meant she would take after my sister and prefer playing with race cars and train tracks more than a Barbie Dream house, which for the record, I never got. I did have the Barbie plane though, just in case I wanted to be a pilot.

As luck would have it, my first child was a boy. I was a bit doubtful how a girly girl and princess wanna-be was going to connect with a son.

As it turned out, my upbringing served me well. I saw Tom as a whole person, not limited by gender stereotypes. I made sure to provide lots of different play options, and we spent time playing with stuffed animals, crafts, and dolls as well as trains and trucks.

Rough-and-tumble play felt natural to me because my sisters and I could roll on the floor with the best of them with no fear of being told it wasn’t lady-like. I fell head over heels in love with my son and motherhood. Life was good.

Three years later I found myself pregnant again with a daughter. I was thrilled. I would have a boy and a girl, the perfect family. How lucky could I get?

Now old enough to realize how fortunate I was that my parents didn’t bombard me with outdated ideas of what it meant to be a girl, I did my best to curtail my love of pink and painted my daughter’s nursery yellow.

I played “Free to be You and Me” in her CD player and read her stories of curious monkeys and girls named Madeline. When I did read a fairy tale, I often changed the ending so that Cinderella or Snow White took their futures into their own hands instead of waiting for someone else to save them.

Just like I did, my daughter had her own ideas of who she was going to be. As soon as she was able to, Lizzy made it clear that she only wanted to wear dresses and bows. The frillier the better. She was only too happy to play in mud and run around with her brother as long as she could do it in a princess costume, tiara, and fairy wings.

As Lizzy got a bit older, it also seemed apparent that there was something very wrong with the development of our special needs princess. Our lives became a roller-coaster of specialists telling us of brain damage and the possibility of horrible diagnoses. These would be followed by the joy of seeing our daughter hit milestones doctors thought she never would reach. Then we would be dropped to lower depths when she would seem to lose a skill or another symptom would present itself.

Through it all there was the relationship, or more precisely the painful feeling that I lacked one, with my daughter. This was so much more complicated than anything I could have ever dreamt of and went way beyond my childish fear that we would have different tastes and ideas of what was fun to play with or what it meant to be a modern woman.

The truth is I have to work harder than a comic playing to a roomful of drunks some days just to get any reaction from her. The one thing that bonds us is our mutual love of all things traditionally girly.

One  of the first words Lizzy said was “Chanel,” as in, “I want Chanel perfume.”

It’s her love of pretty clothes, tiaras, and princesses that are the threads I cling to when I can’t connect with her on any other level.

As I get her ready for school each day, she can seem to be on a completely different planet than the rest of us, complete with her own language. Yet I know that if I ask her if she wants lip gloss, or what necklace she wants, she will pop into reality long enough to tell me.

My special needs princess daughter is teaching me the true meaning of acceptance that goes far beyond gender roles: Give your loved ones the freedom to be who they’re supposed to be.

For resources for parents of special needs children, please visit: 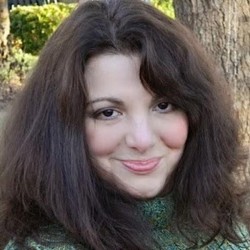 Kathy Radigan
Kathy Radigan is a writer, blogger, social media addict, mom to three, wife to one and owner of a possessed appliance. She posts a weekly essay each Sunday on her blog, My
dishwasher's possessed! Kathy is the author of the viral post
An Open Letter to My Teenage Son About Drinking and is a Huffington Post contributor.
Her work has been on Scary Mommy, TODAY Parents, Yahoo, and Thought Catalog, as well as other online publications. You can follow her on Facebook, Twitter and Google+