Growing up, I often heard my mother repeat the phrase: “you can do everything, just not all at once.” I am sure she said the same thing to our brother, but I knew she was really speaking to my sister and I, children born in the 1980s, just a decade or so shy of the rise of modern feminism and the birth of the idea that women can do whatever men can do.

My own mother gave up her career as a nurse to raise her three children. Looking back, I realize how fortunate we were to have her home with us. We had someone to care for us when we were sick, to pick us up from the bus stop after school, and to serve as a constant reminder that we were cared for and loved. And we were fortunate to have a mother, who after caring for us for many years, was able to resume her career and even take on new ventures as her motherhood responsibilities shifted.

My mom, along with several other members of my family, were all strong, powerful women, and not one of them ever downplayed their roles in what society has long deemed “woman’s work.”

These women did not try to compete “in a man’s world,” because they knew a woman’s world was just as worthy of validation.

Modern feminism, as many women have come to interpret, has told us we are not enough. You can’t “just” be a mother, you also have to be an entrepreneur or a part-time customer service rep, or a scholar. And, if you are a woman who juggles raising a family and a holding a job, it better not be in anything having to do with kids, lest you want to forgo any real respect from society.

We have spent decades trying to prove ourselves because we have been conditioned to believe that the masculine is the ideal, that traditionally male roles are superior and that true equality comes when all women are treated like cis men.

Frankly, I don’t want to be treated like a man. I want to be celebrated, with as much fervor, for being the woman I am.

Turns out, I’m not alone.

In a now viral Facebook post, a woman named Sarah Vogel, shared a quote from an unknown author, followed by her own commentary:

The lioness does not try to be the lion. She embraces her role as the lioness. She is powerful, strong, and nurturing. She does not mistake her meekness for weakness. The world needs more kind, compassionate, humble, faithful, persevering, confident, fierce, bold, pure, and tender-hearted women.

Be one of them.

Her post has already racked up nearly 200,000 shares, with many women praising her take on modern feminism, and proclaiming proudly that they are wives and mothers, and more than content to hold those roles.

Though I may not agree with her exact wording, I think Vogel inadvertently highlights a major problem with our society. Women are trying to do as much as men, because we have been taught that they are better. We have been taught that earning massive amounts of money is more noble than caring for our children. If you need proof of that, look no further than the U.S.’s abysmal treatment of new mothers and our joke of a maternity leave policy.

And it’s not just us gals who suffer. Men who wish to take on the role of caregiver in their homes, are often mocked and constantly having to defend themselves. They are painted as bumbling fools and seen as weak, because, heaven forbid, they change a diaper or pack school lunches. After all, that’s “woman’s work,” and we all know what our society thinks about that.

Our kids aren’t immune either. Boys who play with dolls are called names like “pussy” or “soft,” because such play doesn’t match up with what the world has decided is right for them. Meanwhile, girls are encouraged to do whatever the boys are doing, with nary a comment on how “boyish” those things are.

To quote the musical genius Madonna:

“Girls can wear jeans and cut their hair short

But for a boy to look like a girl is degrading

‘Cause you think that being a girl is degrading.”

I am so proud to be a mother.  Giving birth to my children was probably my greatest achievement. Yet, even as I write those words, I have trouble believing them. I want to take out the word “probably,” but I can’t. I always have to have a qualifier.

In a conversation with another woman I know from a dance class, which is rooted in helping women embrace their feminine beauty, I commended her on her storied life, and all she had accomplished. This was a woman who had traveled the world, recorded her own music, and was even the subject of a famous pop ballad. To me, she was fascinating, and her experience much more worthy of celebration than my seemingly humble role as “mom.”

I joked with her that the most exciting thing I’ve ever done was childbirth to which she replied,

Yup, it took a woman who never had kids, nor ever wanted to have kids (as far as I am aware) to remind me of how truly incredible it is to have the ability to create life.

Some might say embracing traditionally female roles will set us back. They might point to the likes of Gloria Steinem, and all the early champions of feminism and how they fought to get us out of the kitchen and into the workplace. In the dawn of the age of birth control and the legalization of abortion, reproductive freedom — particularly the right to not have children was a central tenet of the early feminist credo.

Steinem never had children, and never understood the struggle so many of us feel as we try to do right by our kids, but still show them we are more than just mothers. She never had to question whether her career would be ruined if she decided staying home would be best for her family. She never had to fight with bosses (often fellow women) on the right to express milk in a clean, private room at the office. She never had to return to work, a mere six weeks after giving birth, because her country has no universal maternity leave policy.

As a pro-choice woman, who is grateful to have the ability to decide when and if I will have children, I appreciate the efforts of previous generations to secure those rights. And, I stand with those who fight to keep those rights in place. However, if all of our feminist energy is put toward ensuring the rights of women to not have children, we will have nothing left to advocate for the rights of women to raise a family in the most supportive environment possible.

If we are to truly create a better world for women, the conversation needs to put mothers first.

If we want to create an equitable experience for women, we need to acknowledge the rearing of children as perhaps the most important responsibility of society. Whether they are raised by their mothers, fathers, grandparents, are cared for by a nanny, or spend most of their day at a childcare center, our children deserve to be watched by people who are validated and respected for taking on this great responsibility. There is a lot to be done, but we can start with making maternal health a priority, establishing better policies for working mothers and building protections from abuse for women in childcare positions, especially in private home settings.

I think it is time for a new age of feminism, one that champions all women and acknowledges the incredible experience that is motherhood. We need to raise up our fellow women, and all others, by fighting toxic masculinity, and showing our children, that regardless of their gender, there is no shame in raising a family, and bringing up our young people to be kind, good citizens and advocates for those so often ignored, is one of the most noble pursuits. 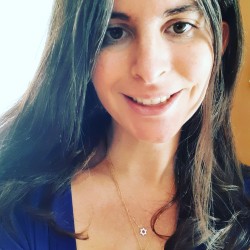