When you think about it, an elementary school is a microcosm of society. Nearly every facet of American culture is represented in the diverse assemblage of students, teachers, staff, and parents. And while schools like to emphasize their uniqueness and set themselves apart by, say, picking a prey animal for their mascot or avowing a farm-to-table cafeteria, they are more alike than they are different. In fact, certain features of public education transcend district boundaries, and the characters within become virtually interchangeable.

Take the parents, for example. The same 19 parents can be found at every elementary school:

Stay-at-Home-Dad Brad. He’s sexy, smart, and as bored as all the other moms, but unlike them, the thankless monotony of all work and no pay isn’t making him fat.

Gluten-Free Marie. Suspected by everyone of faking her wheat allergy for attention, she recently cleared her name by crapping her pants after eating a saltine at the Christmas sing-along.

Facebook Brooke. She’s been known to post inappropriate pictures of other people’s kids without permission, but when you need to know where the superintendent is vacationing, she’s your gal.

Bought-From-the-Store Lenore. In a moment of weakness, she tried to pass off bakery cookies as homemade and has never lived it down. She’s only asked to bring plates and napkins to the class parties now.

Steals-His-Kid’s-Adderall Paul. Amazingly productive and doesn’t seem to need as much sleep as the other dads.

Anti-Vaccine Colleen. Sure, her kids have to be quarantined by the Health Department for three weeks at a time and have missed so much school that they’re two grades behind. It’s still no reason to risk exposing them to a proven-safe means of preventing communicable diseases.

Cusses-Like-a-Sailor Taylor. Loads of fun, but shunned by the other parents when any teachers are around.

Drinks-Like-a-Fish Trish. The only parent not embarrassed to be seen talking to Taylor.

PTA Renee. Subscribes to the ABC method of interacting: Always Be Cornering people into helping with the school fundraiser. Not surprising, her social stock has really plummeted over the years.

Never-Turns-in-His-IChat Pat. He’d like to chaperone that field trip, help with reading groups in the classroom, or pop popcorn for the PTA — really, he would. But shoot, he never turned in that pesky background check. A brilliant strategy that is already starting to catch on with other parents.

Way-Busier-Than-You Sue. She works, like outside of the home, in an actual office and has real responsibilities that require a wardrobe besides yoga pants. So, no, she can’t spend her morning decorating for the Halloween party.

Lame-Excuse Bruce. Wanting to get to the next level in Zelda and losing track of time or “being super hungover” aren’t really great reasons for your kid to be tardy. And “eating too much carnival food the night before” isn’t on par with staying home with strep throat. While the office staff appreciates his honestly, they would prefer a good, clean lie that doesn’t entail a CPS report.

Fertile Myrtle. With toddlers and babies dangling everywhere, she gives the entire elementary school staff a sense of job security.

Just-Came-from-the-Gym Kim. And she wants you to know it. If her head-to-toe spandex and gnarly B.O. doesn’t give it away, her incessant bragging about “upping her reps” and adding “turbo to her cardi” will.

Wake-and-Bake Blake. Lost custody in a messy divorce proceeding and now has supervised visitation. He is allowed to attend school functions but can’t drive his daughter home until he drops a clean urine sample.

Pinterest-Fail Gail. The extent of her mishaps goes way beyond cake pops and wooden pallets. In fact, the room mother in her kid’s class deliberately assigns Gail the complicated treats just to give everybody a good laugh. The teachers chalk it up to an inability to follow directions.

Left-Her-Wallet-in-the-Car Char. Shameless about borrowing money from anyone (even first graders, rumor has it). Do NOT lend her more than you can afford to lose.

Undiagnosed-OCD Brie. A pleasure to be on committees with because she does all the work. Also gets invited to friends’ houses for “cleaning” parties where she is the only guest.

Naturally, as with all representational models, names and other minor details will vary from school to school, but if you pay attention at the next parent function, you’ll be able to spot all the major players. That’s the thing about human nature. It’s predictable, and when you put people into groups, regardless of the specifics, they will assume the same role every time.

Have fun at the class parties!

Born and raised in Detroit, Michelle Riddell now lives with her family in rural mid-Michigan where she happily braves her husband’s penchant for DIY projects and her daughter’s passion for wildlife-as-indoor-pets. Her publishing credits include Mamalode, The Manifest-Station, The Good Mother Project, and Club Mid. In addition to being a reviewing editor at Mothers Always Write, Michelle is a substitute teacher at her daughter’s elementary school where she tries very hard not to embarrass her. Find her on Twitter @MLRiddell. 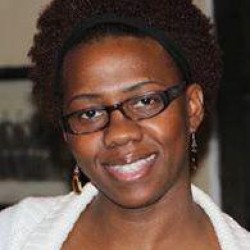 Valerie Pierre
Mother to 2 toddlers whose veins flow with Red Bull and a cat who I’m sure hates my guts, as well as wife to a geeky hardcore gamer graphic novel loving batman obsessed husband. When I’m not blogging over at MommyRandR.com about my own free time, various products and services or planning events you can find me roaming the isles of Target, partially having my face in a book, a glass of wine to my lips or watching anything on I.D Channel. I'm a New Yorker and contributor to MomCaveTV.com.